In teams of 2 with one athlete working at a time*:

**athletes run together with one medball, trading when necessary 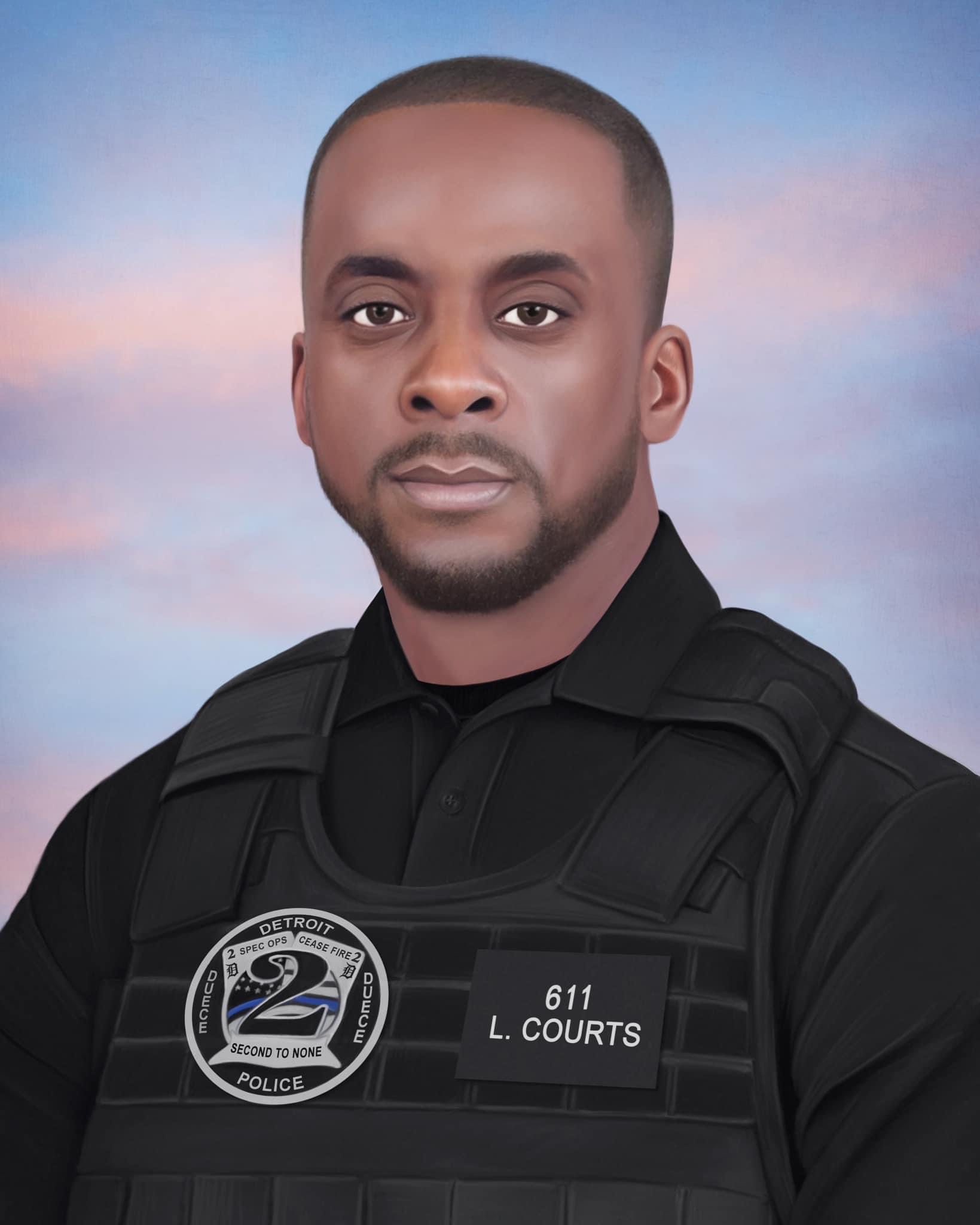 On Wednesday night, Detroit Police Officer Loren Courts and his partner Officer Amanda Hudgens responded to a report of shots fired on the city’s west side. As they arrived at the corner of Joy and Marlowe and began surveying the scene, Officer Courts was shot in the neck while still seated in the driver seat of the patrol car. He was ambushed from a second floor apartment window by a suspect armed with an AK pistol. Though gravely wounded after being struck in a major artery, Loren was able to put the vehicle in reverse and both officers jumped out.

With the gunman now approaching their position on foot, his partner made the selfless decision to try and save Loren’s life instead of seeking cover. With her back to the suspect, and with complete disregard for her own safety, she immediately rendered first aid, applying pressure to his gunshot wound while bracing to be shot herself. Four other responding officers arrived on scene and killed the suspect before he could carry out any further attacks. Officer Courts was rushed to the hospital but doctors were unable save his life.

Officer Loren Courts was a five year veteran of the Detroit Police Department and leaves behind his loving wife, two children. both parents and four siblings. As a second generation Detroit Police Officer, he always wanted to follow in his father’s footsteps and become a cop to continue the family’s legacy. Loren worked in the 2nd Precinct Special Operations Unit, responding to and investigating violent crimes in the city. He was remembered as a hardworking and dedicated family man who always took great pride in helping others. Loren loved teaching life lessons to his children, bringing his parents groceries on Sundays and flashing his car lights past their home to let them know he was on the way to work. Officer Courts was 40-years old.