Complete as many rounds as possible in 20 minutes of:

*Stop and perform 40 double-unders every 2 minutes, including at 0:00.

Post rounds of the AMRAP and run time to beyond the whiteboard.

The CrossFit community mourns the loss of Chad Robert Peyton, a beloved husband, father, son, brother, and friend. Chad, a U.S. Army veteran with 10 years of military service, struggled with depression and anxiety. He took his own life on May 17, 2021.

Chad received a Congressional nomination to attend West Point, where he graduated with a B.S. in May 2003 before being commissioned as an aviation officer in the U.S. Army.

Chad became a UH-60 Black Hawk helicopter pilot and served in Germany during Operation Iraqi Freedom II. He was subsequently promoted to Captain and stationed at Fort Riley, Kansas, from 2006 until 2009, when he was transferred to Fort Bragg, North Carolina. During his military service, he was awarded the Bronze Star and many other awards and commendations.

In 2012, Chad was honorably discharged from the Army and relocated to Santa Cruz, California, where he became a beloved member of the local CrossFit community. He and his wife, Nicole, were married in September 2014.

When he wasn’t flying helicopters as a first responder, Chad enjoyed spending time with his family, doing CrossFit, hiking in the forest, surfing, traveling, and helping his friends and fellow veterans.

Chad is survived by Nicole, who works on the publishing team at the CrossFit Home Office; his two children, Isla, 5, and Ellis, 3; and many other friends and family members.

If you or someone you know is struggling with PTSD, anxiety, or depression, call the National Center for PTSD hotline right away: 1-800-273-8255. All calls are completely confidential.

Scaling:
This is a longer workout. Reduce the work to a level that is attainable yet still challenging and that allows you to come in from the run in 45 minutes or less. Newer athletes can modify the pull-ups and dumbbell loading while maintaining the significance of the reps.

Intermediate Option:
Complete as many rounds as possible in 20 minutes of:
10 pull-ups
10 dumbbell thrusters, 35/25 lb.

Beginner Option:
Complete as many rounds as possible in 20 minutes of:
10 assisted pull-ups
10 dumbbell thrusters, 20/10 lb. 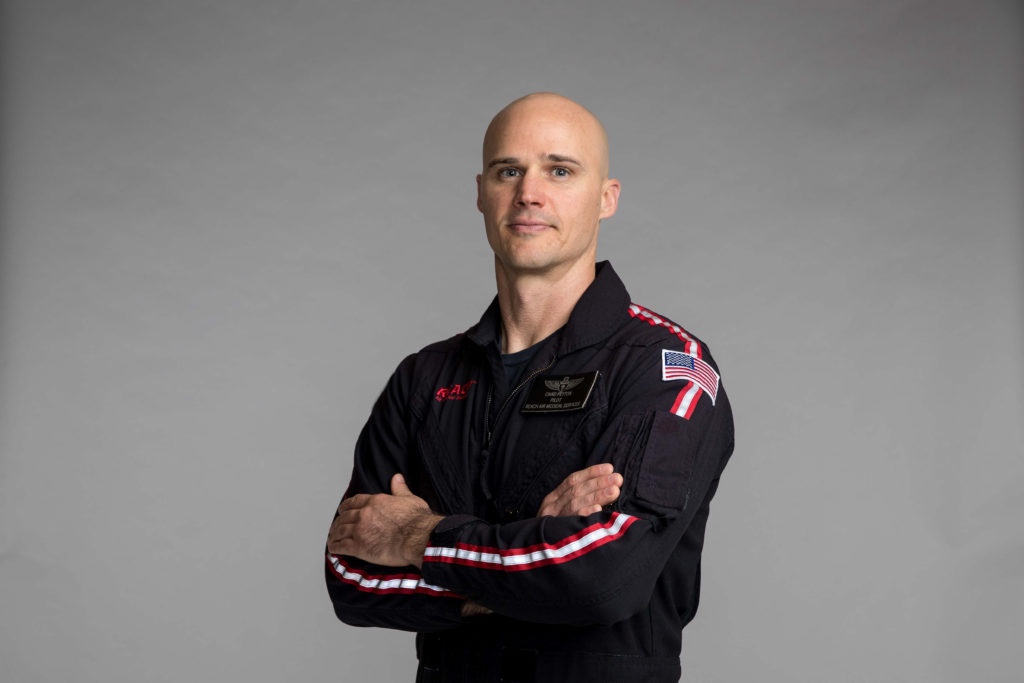 Chad’s community paddles into the bay then follows up with a CrossFit workout in celebration of his life.