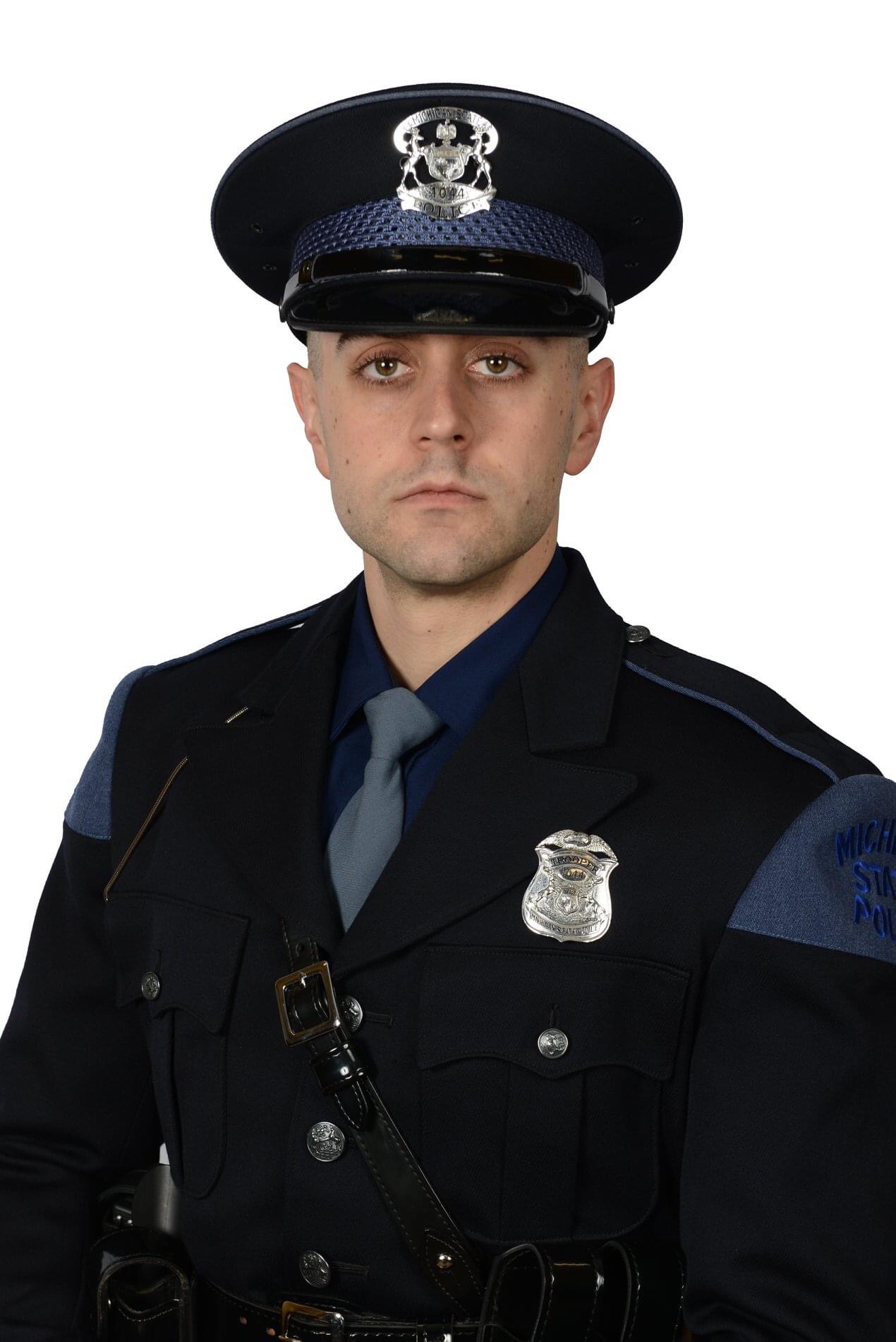 It is with extreme sadness that the Michigan State Police (MSP) confirms the death of Tpr. Caleb Starr of the Lakeview Post, who was struck by a drunk driver while on-duty on July 10, 2020.

Trooper Starr joined the MSP in September of 2018, as a member of the 135th Trooper Recruit School.

Trooper Starr was 33 years old. He is survived by his wife, Rachael, who is a civilian member of the MSP, and their two young daughters.

“The Michigan State Police mourns the loss of not just a trooper, but a husband, father and dedicated public servant who had so much left to give in a life that was cut far too short,” said Col. Joe Gasper, director of the MSP.

The July 10th crash occurred shortly before 10 p.m. in Boston Township in Ionia County. Trooper Starr was westbound on Grand River Avenue in his patrol vehicle when a vehicle traveling east, driven by a 28-year woman from Utah, crossed the centerline. He was flown by medical helicopter to Spectrum Butterworth Hospital in Grand Rapids, where he was being treated until he passed away earlier this evening.