On Feb. 9, 1982, while patrolling U.S. 127, Scott made a routine traffic stop for speeding, unaware the vehicle he pulled over was reported stolen and its occupants had a loaded gun, according to Michigan State Police.

While Scott was arresting the driver, a passenger sneaked up behind him and shot him in the back three times before getting back in the stolen car and fleeing, police said. Scott returned fire and died at the scene, records show.

Scott served four years with Michigan State Police, spent three years as an active-duty U.S. Army Military Police ofﬁcer and was inducted into the American Police Hall of Fame, receiving both the Police Medal of Honor and the Michigan Police Cross.

Effective March 29, U.S. 127 from exit 56 in Leslie south to the Jackson County line is being named the “Trooper Craig A. Scott Memorial Highway.”

The members of the 135thTrooper Recruit School and Lake State Crossfit look forward to this event. Anyone is welcome to participate in the tribute WOD at their own gym or at home. Your gift, no matter the size will have a real and tangible part in saving lives and changing them for the better.

Guardian Angels Medical Service Dogs (GAMSD) is a non-profit organization that provides service dogs to veterans and first responders. Many veterans and first responders may be struggling with physical or emotional disabilities as a result of their service time. GAMSD provides service dogs to permanently improve the life for those living with disabilities such as PTSD, Traumatic Brain Injury, seizures, glucose disorders, and mobility issues.

-Cost per dog is roughly $25,000
-Every year GAMSD gets roughly 15,000 applications.
-The veterans that are picked every year are considered Red, meaning they either have a plan to commit suicide or have tried.

-The national suicide rate for veterans is 22 completions per day (almost 50 Attempts), 1 every 65 minutes or over 8000 per year.

-In nearly 9 years of pairing dogs the suicide rates of GAMSD paired veterans is 0. Every single one of them went from Red to alive today.
-Having a service dog from GAMSD reduces the rate of divorce among combat vets from 95% down to >1%.

The recruits and members of Lake State Crossfit will be participating in the following tribute WOD:

28 – Age Trooper Scott was when killed

4 – Years of service with MSP 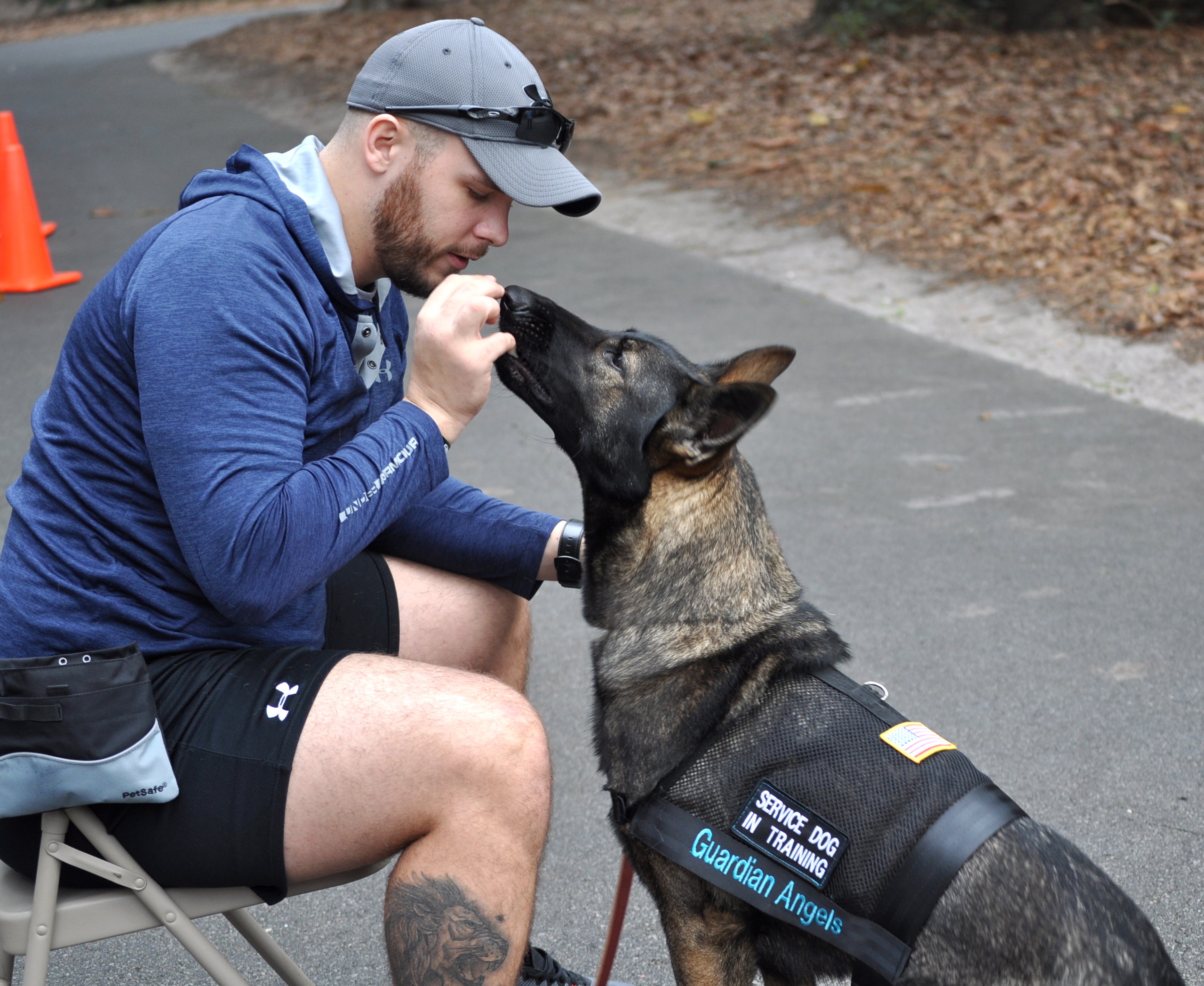